I finally made six figures!

Posted on October 2, 2013 by timetofititin

Yep, that’s right. After years spent in the 5 figure range, we finally got the promotion we’ve been waiting for. Six figures, baby! … or should I say six baby figures? 🙂

As much as a six figure salary would be nice, if you haven’t guessed already, we welcomed our sixth child into our family last Tuesday, September 24th.

Now, before I move on, I have to give credit where credit is due; My surprisingly clever husband is the one that came up with the “six figures” thing. He Facebooked it from the hospital, and it just brought all sorts of smiles.

For some weird genetic reason, all of my children have been posterior (face up), making for looooonnnnggg labors. With all of my other children, I would begin active labor early in the morning, not to have them until the next morning. This time around, I started contractions at about 11:30 pm, and had him at 11:15 the next morning. So, not so bad :).

I actually had a Dr. appt on Monday morning. I was 39 weeks along, which is the longest I have ever gone. I was feeling a little tired of being pregnant. My Dr. gave me permission to go for a run … umm, I guess he didn’t know that I had already been doing that, like, the whole pregnancy.

I took his orders, and at 8:30 that night, I ran 3 miles. It was a frustrating 3 miles, and not because I was uncomfortable. The frustrating thing was that I wasn’t uncomfortable at all! I ran the whole way without even so much as a tightness. I actually felt really good.

I got home and called my mom, who was “on call” to come up and help. I told her that I didn’t feel like anything was happening, and to wait until at least the morning to come up.

At about 11:30, I had a really painful contraction, and then they were about ever 10 minutes. I called my mom, and being the wonderful mom she is, she packed up and left at 1 am, to drive 3 hours up to my house. Can you say, best mom ever!

We left for the hospital at 4:30 am. Adam had asked me not to have another all-night labor, like I have every other time. I knew the odds were not in my favor, and I told him not to hold his breath. 🙂

The funny thing about this time, was when I told the nurses this was my sixth child, they seemed to think I had it all under control, which wasn’t too far from the truth. The problem was, nobody would come and check on me … like, at all.

I had to call them every hour or so to ask them to come check on me. And because my labors are so slow, I have had to be put on pitocin to speed things up. I told the nurse this, and she never turned it on, and didn’t bother to tell me.

After being dilated at an 8 for what seemed like forever, I called for the nurse and asked her if she had turned on the pitocin. She said that she was helping another patient who was having her first child, and figured that I could wait it out a while. She didn’t want to turn it on because she didn’t have time to help me. What??!

I asked her nicely to turn it on, and she begrugdgingly did, and then went to help the other patient. Almost as soon as she did, I felt the epidural wearing off. I had remembered the Anethstesiologist telling me there was a button to push, but I forgot where it was.

Immediately, I began to feel everything on my right side, and a lot of it on my left (I had a one-sided block). I felt his head drop down, called for the nurse, and he was born 15 minutes later, with me feeling IT!

It was the first time that I had actually felt things, and it was really neat.

When he was born, I had this “I’ve seen that baby before” thought. He looks very much like his brothers!

We are so happy he is here. He is a perfect little baby, and we couldn’t be happier.

Here are some pics: 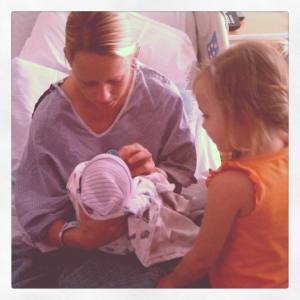 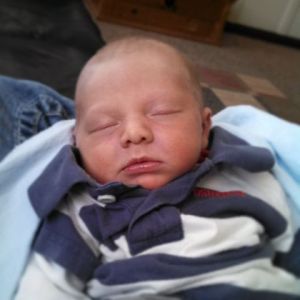 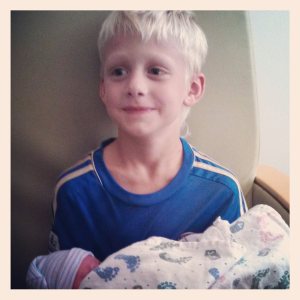 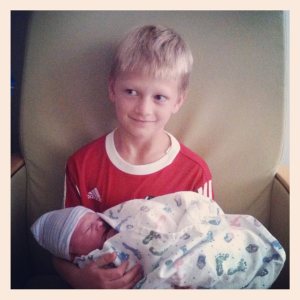 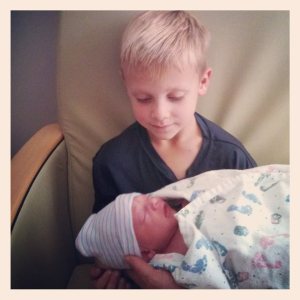 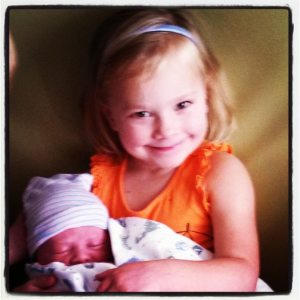 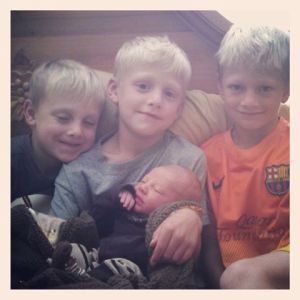 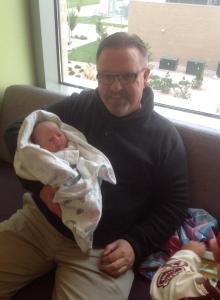 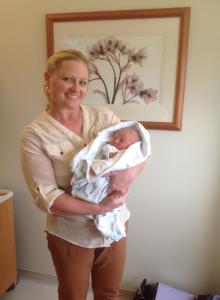 This entry was posted in born to run, exercise, family exercise, health. Bookmark the permalink.

11 Responses to I finally made six figures!