If you’ve been following me, you know that I paced the SLC Marathon back in April, when I was just over 3 months along (pregnant, that is).

In the post, I described some lessons learned while pacing. It was a great experience, but kind of a shock because I didn’t know what to expect. I thought that because I was expecting, that slowing my pace way down, would make things easier, which it didn’t … at all.

I have wanted for a while, now to be able to redeem myself, prove myself and to more importantly, have that fulfilling pacing experience that I had heard pacers having and had hoped for.

I was so excited to do this for so many reasons. I wanted to be careful and cautious because I am expecting. So, I signed up for the Alpine Classic 1/2, that I wrote about here. I thought that if I could keep a good pace on this hilly course, and do it comfortably, that I would feel good going into the UV 1/2, which is more of a downhill course. 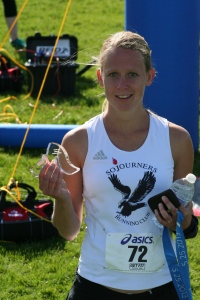 After the Alpine Classic 1/2

I have run this course many times before. I took 5th at it last year, if I remember right.  I am really comfortable with the course, and just love it!

The plans for the weekend were still up in the air.  (One of my many) younger brothers, Joel, is going to school at BYU, and due to the recent “girl droughtage” due to moving the LDS mission age to 19 for girls, his weekends are not nearly as busy as they would have been otherwise. So, I called him to ask if he could watch our kids overnight while we went to stay at a hotel and then run the race.

He (excitedly) said he would. He is such a great brother/uncle! I can’t think of many other 22-year-old guys who would gladly watch his sister’s 5 kids overnight. I’m guessing he won’t be so eligible after this post! Nothing is more attractive than that :).

Because I don’t have pictures from the race right now (I am a bad picture-taker), here are some pictures of Joel and my other brothers that prove what cool uncles they are!…

My brothers doing a Joel dogpile the day he left for his LDS mission to Tokyo, Japan.

This isn’t from this weekend, but his hair looked oddly similar after letting my daughter, Aspen do it for him 🙂

a moment with Tessa

He and Megan’s oldest daughter, Tessa.

With my sister, Megan’s kids a few months before she passed.

Touring the devastation following the Tsunami in Japan. He was in the area that was hit the hardest.

Joel with our sister, Molly’s twins.

My brothers (minus one who is married) all stashing Hostess products during the Hostess downfall.

We will take as much of him as we can get, because he has accepted a scholarship to play basketball in Nebraska for the next couple of years. We are so proud of all his hard work and for him accomplishments, but Nebraska is a long way away :(.

Anyhoo, Adam and I stayed at a hotel and were able to get to the buses bright and early (4 am to be exact).

At 6 am we lined up for the start.

I had quite a good group with me for the first little bit, then it started to thin out. I ended up running with two older gentleman for the bulk of the race. One was a BYU professor and the other was a man who worked for an oil company in Texas. I had others in my group, but most of them had earphones in, and were just following me, which was fine.

It was good to have those two men to talk to, though.

It was a really comfortable pace, and I did find that I had to hold back a lot, but it really wasn’t all that bad at all.

I got to mile 11 and was a little over a minute ahead of pace, so I decided to slow down. The two men went ahead because they were feeling good. They both thanked me and went on their way.

I was met at about mile 12 with another wave or people who were wanting to beat 1:45. I encouraged them and pushed them for a little while, but then realized my pace was creeping up, so I held way back.

I didn’t want to come in too soon and found myself alone for the home stretch. There were a couple of runners who were behind me, struggling a bit, so I turned back to bring them in.

I finished at 1:45.07. Even though we were supposed to come in right at or slightly under 1:45, I feel better not having finished the race alone, but with someone else. Adam came in at about 1:34. It was so great to have him at the finish line waiting for me :).

It was such a great experience this time around. It was such an easy run and I attribute most of that to having the focus be on helping others reach their goals. When you take the focus off yourself and serve others, things just don’t seem as difficult.

I am now 24 weeks along, and still plan on keeping some good mileage up, but I think this will be my last race to pace until after the baby is born. I may do another 5k or 10k, though. We’ll see …

Adam will be doing a trail half marathon this Friday and then pacing another half on Saturday. We’re excited to watch him!

2 Responses to Pacing the Utah Valley 1/2