This last week has been a little stressful to say the least. It was my last week of preschool, which is a blast, BUT requires a lot of planning an organization, which admittedly, is not my strong suit. We had class pictures taken by my good friend, Mikki, class parties and of course, graduation! 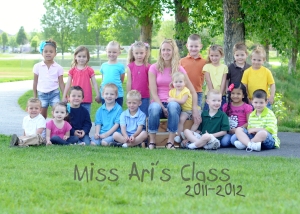 Along with this, my own kids had school events. We had a spelling bee, math competition, culture fair, dance festival (Anderson) (Aspen) and award assembly, to name a few.  Adam had his own events that he asked me to go to, which I am so grateful to our go-to babysitter, Brynn for being so willing to watch our kids last minute. Oh, and soccer try-outs…how could I forget those?!..He made the premier team for his age group, though, which was awesome! Lastly, my first newspaper article came out!

Anderson was one of the top placers in the 2nd grade math competition! He’s the one in his signature “Samsung Chelsea Jersey” He wears that at least once a week!

Needless to say, this morning, I was so excited for a nice LONG run to relax my brain. I woke up a little later than I had planned (6:30-ish), and was ready to head out. Adam, of course had other plans. He wanted to tear up part of the back yard to lay some pavers for a patio. He really doesn’t like crowds at stores, and was worried that this being Memorial Day weekend, that if we didn’t leave by 8 that the store would be crowded. So, we at breakfast, got the kids ready and headed out. 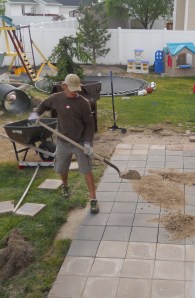 Me, knowing that it is roughly 15 miles to Lowe’s, decided that I would just run home. Most of the run is gradual to steep uphill, but hills don’t scare me; I actually really enjoy them! I looked outside, and it was a bit overcast, but I didn’t think it was serious enough for me to check the weather report (lesson 1). On the way out there, I saw many runners out. Many of them had on tank tops, and were clipping along pretty well. I was getting excited for a nice run home. The first three miles, I was going along at a pretty good pace. Once I left Lehi, and entered Saratoga Springs, things changed drastically. The winds really started to pick up. I went from running an easy 7:20 pace, to struggling to maintain 8 minute pace. The wind was coming at me from the side, so I knew that the hill coming up, I would be hitting it head on. I was okay with it, because I knew there were a couple miles of downhill that I thought would bring me some relief. About a third of the way up the hill, the wind got stronger and it started to hail. I was creeping up the hill at 9:30 pace…so bad. I was so relieved to get to the top of the hill. Now I was in Eagle Mountain…Six miles to go, and I was sure it was going to be smooth sailing. Man, was I wrong. Heading down, the wind was even stronger, and the hail was hitting my face. I thought for sure I was going to have welts…

…Here’s where lesson 2 was learned…bring a cell phone! The thought crossed my mind to bring my phone, but I had a fast, tempo run planned, and didn’t want the extra weight. I wasn’t going off road, and wasn’t worried about getting lost, so I left it…BIG oops. I thought about stopping at the gas station to call Adam, but he never answers his phone unless he knows who it is, and I knew it would be a loss cause, so I kept on going. At this point, my body was on autopilot. My legs were now numb-ish, and I was acclimated to the cold rain. The last 5 miles consisted of 2 miles of uphill and the last 3 gradual down and flat and for some reason, it always seems to drop 10′. It was freezing! I have never been so excited to be home.

I was so cold, that all I wanted to do, was hop in a HOT shower. This is where lesson 3 came in. Dry off and warm up before getting in the shower. You know when you’ve been out in the snow, and your hands are freezing, and you run them under hot water? It burns, right? Well, try that all over your body, especially your extremities. This does not make for a pleasant experience.

It may not have been the most pleasant of runs, but I did learn some lessons in the process, that hopefully you can learn from, too…

This entry was posted in Uncategorized and tagged health. Bookmark the permalink.